Background: Alcoholic liver disease (ALD) is most prevalent in Sikkim where its consumption is a common practice and accepted socially.

Materials and methods: Fifty male patients and normal healthy groups were taken for the study. Direct and total bilirubin, aspartate aminotransferase, alanine aminotransferase, alkaline phosphatase (ALP), and reduced glutathione along with the relationship with age group and ethnicity were assessed.

Results and conclusion: Biochemical parameters such as direct (1.6 ± 1.0) and total bilirubin (2.9 ± 1.5), aspartate aminotransferase (68.7 ± 1.629), alanine aminotransferase (29.8 ± 6.5), ALP (1.4 ± 3.4), gamma-glutamyl transferase (1.18 ± 8.4) were observed to be increased and oxidative stress markers like glutathione was decreased in patients with alcoholic liver disease. Highest number of patients with the disease were between 36 and 46 years (44%) of age and in Kiratis (40%). This is a first attempt to study the ALD based on age group and ethnicity. Various programs should initiated to prevent alcohol abuse.

Alcohol consumption is a worldwide problem and the burden of the disease remains significant in most countries among which ALD has the highest mortality rate.1 It represents a wide range of clinical illness and morphological changes including from fatty liver to hepatic inflammation and alcoholic hepatitis to alcoholic cirrhosis.2

According to the World Health Organization (WHO), alcohol-related diseases are the third cause of death and disability in most developed countries.3 The National Institute on Alcohol Abuse and Alcoholism recommends that both males and females should not drink more than 28 g and 14 g per day, respectively.4

Alcohol use has become an important public health issue in the small Himalayan state of Sikkim. According to the National Family Health Survey-4, Government of India, it has highlighted a significant prevalence of alcohol use in the state: 51.2% and 23% among above 15–49 years of age in males and females, respectively.5 12% of deaths who were medically certified are due to alcohol abuse recorded from an unpublished data which is alarming.

Oxidative stress has been associated with numerous factors involved in the progression of alcohol-induced liver injury. Glutathione is the most abundant redox molecules in the cells and thus the most important in determining the status of cellular redox.6 Conventional biochemical markers such as alanine transaminase (ALT), aspartate transaminase (AST), ALP, and gamma glutamyl transferase (GGT) are used to screen the status and reflect any injury of the liver.

Alcohol consumption is the most common practice in Sikkim leading to various health hazards; hence, we aim to evaluate the biochemical parameters among the patients with ALD and healthy volunteers and to find an association based on age group and ethnicity.

It was a cross-sectional study conducted in the Department of Biochemistry, Sikkim Manipal Institute of Medical Sciences, Gangtok, Sikkim and the duration of the study was from July 2016 to September 2016. Written informed consent was obtained from each participant. The patients with ALD were diagnosed by the consultant from the Department of Medicine, Gangtok, Sikkim.

The sample size was calculated by using the following formula (Sathian, et al.):7

A total of 50 patients and 50 healthy volunteers were taken.

Fifty male patients diagnosed with ALDs, age above 25 years, and 50 healthy volunteers with age and sex matched. Only male patients were taken, because as per the NFHS-4, the significant prevalence of alcohol use in males is higher than females.5

5 mL of venous whole blood was collected in a plain and ethylenediaminetetraacetic acid vial. The serum was obtained by centrifugation (3,000 rpm) and used for the estimation of following parameters:

The other part of the whole blood was used for the estimation of reduced glutathione (GSH) (Beutler et al.).13 The sample was analyzed in spectrophotometer (Erba – Chem 5 plus V2).

Statistical analysis was done using the Statistical Package for the Social Sciences version 16.0 (SPSS Inc, Chicago, IL, USA). The data were expressed as percentage (%) and mean ± SD. Comparison of the means between the ALD patients and healthy volunteers was performed by Chi-square test. p > 0.05 was taken to be statistically significant.

Aspartate transaminase/alanine transaminase ratio has been useful in differentiating the cause of liver damage in medical diagnosis of the disease.14,15 We observed an increase in the AST/ALT ratio (>2, 2.3) in alcoholic patients which was not statistically significant (p %3C; 0.05) (Table 2).

Sikkim is categorized by multiple ethnic groups such as Bhutia, Lepcha, Kiratis (Rai, Limboo, Tamang, Gurung, Mangar), and Gorkhas (Chettri and Bahun) and the alchohol consumption has been customarily dominant in the state. In our study, the Kiratis were found to be the highest suffering from ALD comprising 40% (n = 20) of the population. On the other hand, 26% (n = 13) were Gorkhas and Bhutias with 24% (n = 12), whereas the remaining 5% were the Lepchas (Table 3).

In the present study, the biochemical markers were compared between patients with ALD and normal healthy volunteers. Alcohol ingestion leads to a number of cellular changes as well as to the oxidant–antioxidant system.16,17 We observed a significant increase in the direct and total bilirubin level in alcoholic patients on comparison with healthy groups which is in consort with many studies.18,19 The activity of the enzymes such as ALT, AST, ALP and GGT was also found to increase, and similar results have been reported lately as well as in the past.19–21 Among the enzymes studied, GGT is the best indicator of excessive alcohol consumption.19 The increase in the enzyme activity may be due to the oxidative stress causing an injury to the hepatocytes or due to the accumulation of the metabolites induced from ethanol metabolism,22 which is evident from our study where the concentration of the GSH was decreased leading to the generation of reactive oxygen species. The findings have been supported by Subir et al.23 Though these aminotransferases (AST, ALT) are the sensitive markers of hepatocyte damage but they are not an ideal marker alone.24 The increase of theAST/ALT ratio (>2) may be due to the deficiency of pyridoxine-5-PO4 which then reduces the activity of ALT leading to the release of mitochondrial AST in serum.25

The age at which people initiates drinking has been declined with the development of economy and an improvement in the living standard.19 According to the National Family Health Survey-4 from 2015 to 2016, alcohol consumption between 15 years and 49 years of age was found to be 52.9%.5 We observed the highest number of alcoholic patients (25%) between the age group of 36–46 years and lowest between the age group of 58–68 years (4%). 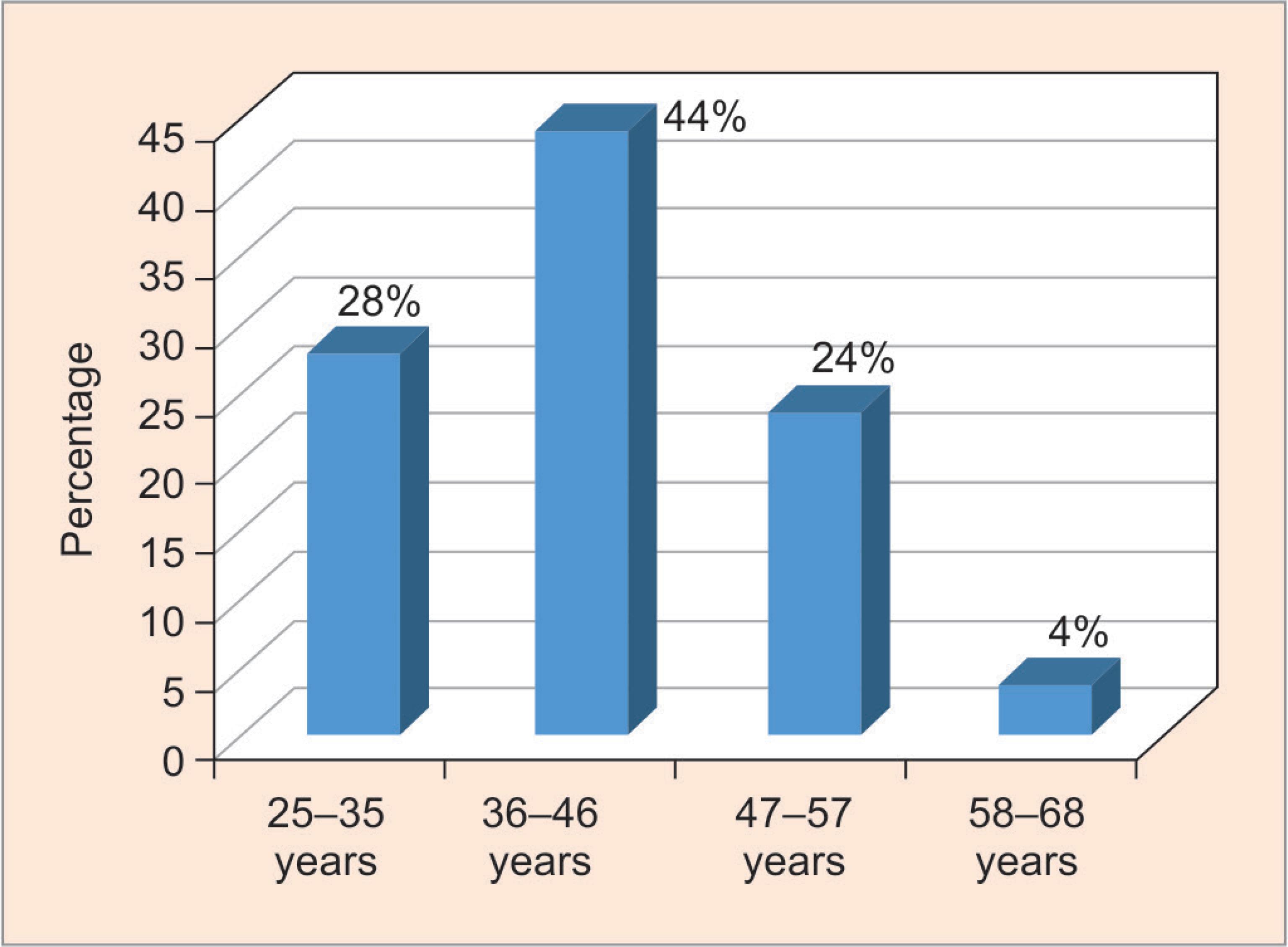 Alcohol consumption is influenced by factors such as social and cultural norms, ethnicity, and geographical locations. Among the ethnic groups of the state, Kiratis were found to be the highest suffering from ALD (40%) and the Lepchas (5%) being the lowest. This distribution is aligned to the population distribution proportion of Kiratis in Sikkim.

Our study suggests a high number of ALD patients among Kiratis and in between the age group of 36–46 years. The oxidative stress markers were significantly altered among patients with alcoholic liver disease when compared with nonalcoholics. Further randomized studies need to be conducted to understand the relationship of biology of redox status among ALD with different population and its association with sociocultural practices and an influence of geographical locations.

The article does not contain any studies with animals performed by any contributors.

Since the study is a part of the M. Sc dissertation work so ethical approval is not mandatory in our institute.

Informed consent was obtained from all participants included in the study.