Jaundice is the visible manifestation of chemical bilirubinemia and is characterized by yellow discoloration of skin. In adults, when serum bilirubin exceeds 2 mg/dL, sclera appears jaundiced. In neonates, as physiological photophobia is present, it is difficult to evaluate sclera. Icterus appears on the skin when serum bilirubin reaches more than 5 mg/dL. Almost all neonates (60% term and 80% preterm) will have bilirubin greater than 5 mg/dL in the first week of life and about 6% of term babies will have levels exceeding 15 mg/dL.

Clinical jaundice first becomes obvious in the face followed by a downward progression as it increases in intensity. Assessment of jaundice is to be done in natural light. It is done by pressing the finger on the baby's skin, preferably over a bony part, till it blanches. Yellow color is noted on underlying skin. It gives a rough estimate of extent of jaundice thus detected. Clinical estimation of bilirubin by experienced person, though reliable, has to be confirmed by laboratory methods.

According to the clinical practice guidelines published in 2004 from the American Academy of Pediatrics on management of neonatal hyperbilirubinemia, stating that visual estimation of the degree of jaundice can lead to errors; therefore, bilirubin levels should be determined by measurement of total serum bilirubin (TSB) or by transcutaneous bilirubin (TcB), and interpreted according to the age (in hours) of the newborn infant.3,4

In our setup, the pediatrics department has proposed to use transcutaneous determination of bilirubin in neonatal intensive care unit using BiliCare System. We have performed the thorough comparison of BiliCare System against standard laboratory testing. The results of this validation study are presented in this paper. 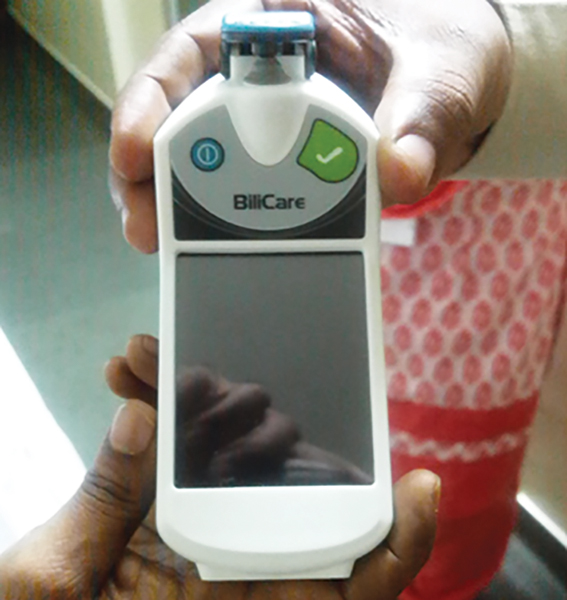 Bilirubin estimation was done for 110 babies in central laboratory using a timed endpoint Diazo method on Beckman Coulter DxC860i integrated Chemistry—Immunoassay Analyzer. The principle behind the reaction is that the bilirubin reacts with diazo reagent in the presence of caffeine, benzoate, and acetate as accelerators to form azobilirubin. The system monitors the change in absorbance at 520 nanometers. This change in absorbance is directly proportional to the concentration of total bilirubin (TBIL) in the sample and is used by the system to calculate and express TBIL concentration.6 Strict internal quality control protocol was followed. Concurrently TcB estimation was done using BiliCare System from Natus Medical Incorporated (Fig. 1). Patented technology is used by the BiliCare System to measure the level of bilirubin that has been validated in clinical studies to provide accurate results. BiliCare technology is based on spectroscopy that measures light of substance at varying wavelengths. The BiliCare System measures the level of TcB in the newborn by transmitting light at different wavelengths through the outer ear.

Comparison between TcB and TSB 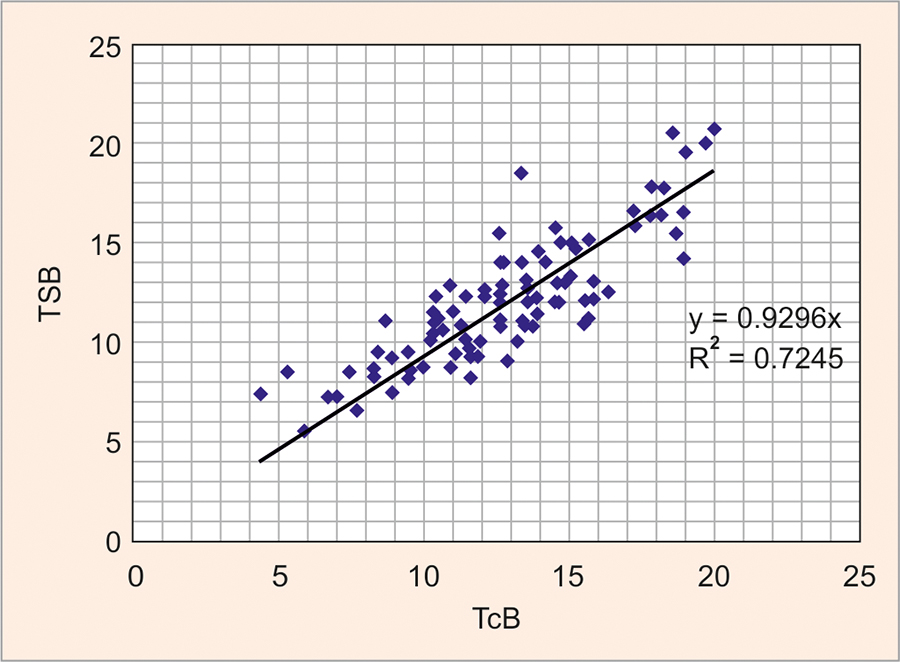 The amount of light absorbed by the bilirubin is calculated by comparing the intensity of the light before it enters the tissue with its intensity after it leaves. Then the TcB of the newborn is calculated according to a customized algorithm.7

Measurements in a Noninvasive Device

Ease of use—just follow the simple prompts for quick measurement where and when you need it. Now, the Bilicare System provides a cost and time-effective way to monitor bilirubin levels without unnecessary heel sticks.

The results obtained are analyzed using linear regression analysis. Charts and graphs are prepared. It is found that TcB and TSB are having strong positive correlation. The coefficient of correlation is 0.7245 and the value of y intercept is 0.9296× (Graph 1). It is also found that in 66% cases TcB is more than TSB and in 31% of the cases TSB is more than TcB and in one we got the same value in both TcB and TSB measurement (Graph 2). Mean value obtained from TcB and TSB is 11.8484 and 12.6270 mg/dL respectively (Graphs 3 and 4). The standard deviation (SD) between the mean values of TcB and TSB is ±0.55 (Table 1). 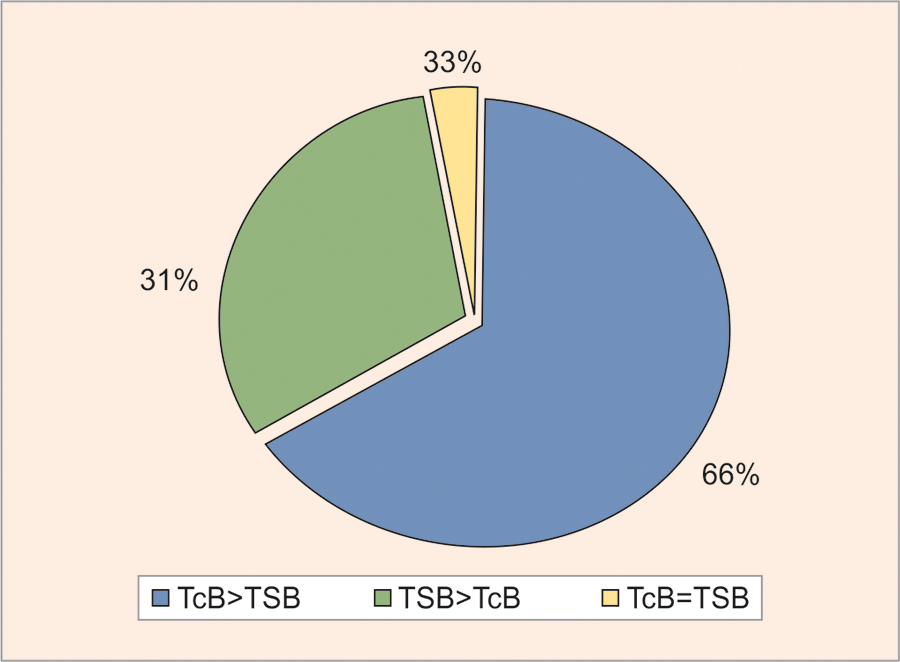 Sample by sample comparison of TcB and TSB

Comparison of mean of TcB and TSB 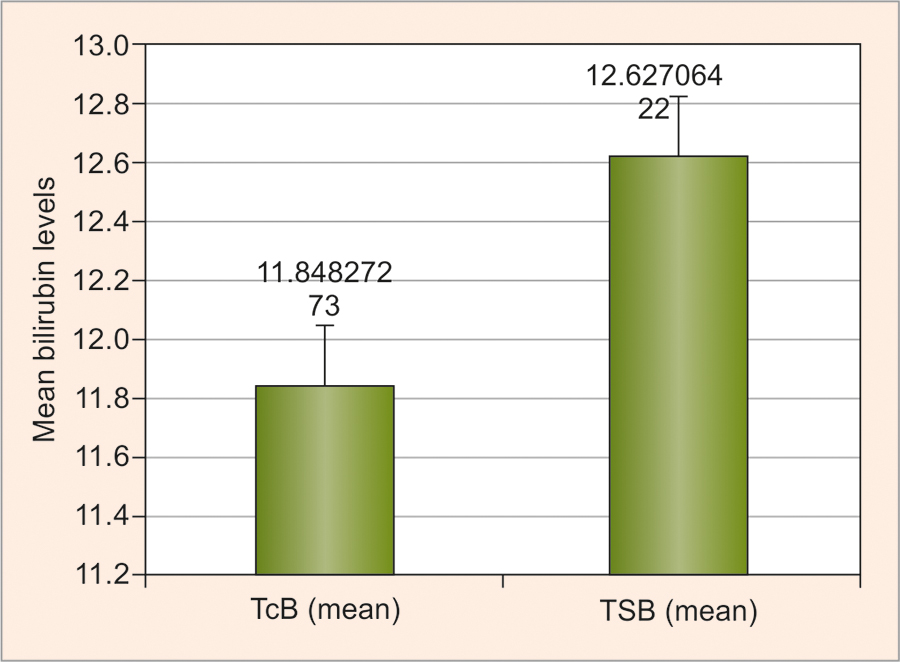 Table 1: Standard deviation for mean of TcB and TSB

Neonatal jaundice is a common condition, but when not carefully monitored, hyperbilirubinemia can lead to kernicterus, a devastating condition. Early measurement of bilirubin levels, leading to early intervention is recommended but the time to take a blood sample and trauma to the baby made universal screening difficult. Visual assessment of hyperbilirubinemia is subjective, inaccurate, and confounded by skin color and hemoglobin concentration. So, it is necessary to estimate serum bilirubin from laboratory method. But as collecting samples from newborn is a challenging task and in addition processing samples in central laboratory may incurred significant loss of time which may delayed the result and ultimately delays the patient care. So, to overcome these issues for rapid screening of bilirubin levels in neonatal intensive care unit, transcutaneous estimation of bilirubin with bilirubinometer can be an option. So, we have done validation of TcB, BiliCare System from Natus Medical Incorporated (Tables 2 and 3). The results obtained after comparing 110 sample are analyzed.

Transcutaneous bilirubin can provide approximate estimate of bilirubinemia. It is found that there is good correlation between TcB estimation and TSB levels.

It is concluded from the study that there is good correlation between TcB measurement and laboratory estimation of total bilirubin levels. It is recommended that transcutaneous measurement can be used for initial screening of jaundice as well as monitoring of phototherapy in neonates. It reduces number of needle pricks and helps in reduction of hospital stay. Transcutaneous bilirubin sampling is easy to perform and pain-free for the infant and the test gives an immediate result and is beneficial to physicians and patients.